Search
Cart
0
Cart
No items found.
Product is not available in this quantity. 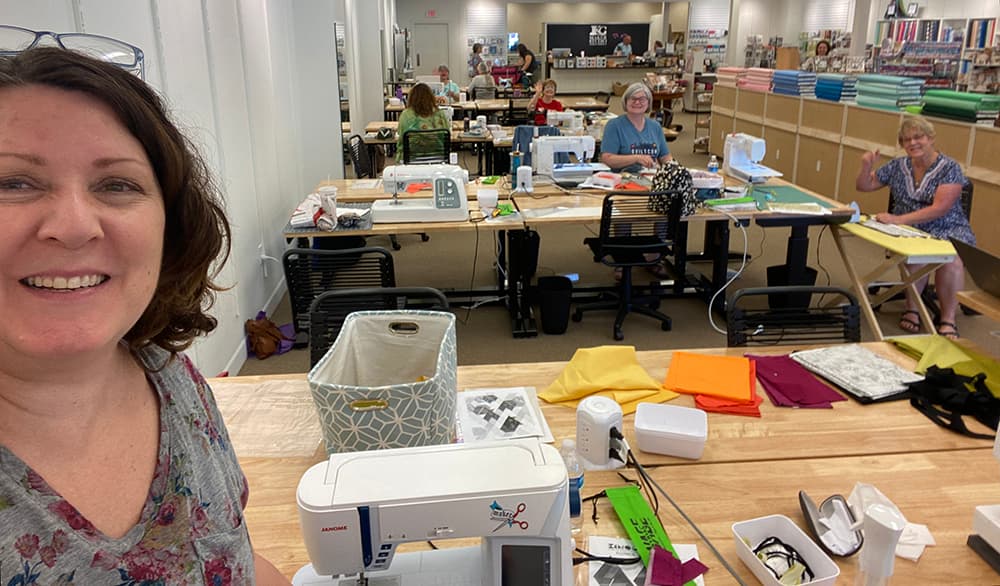 By Karen Munger in the Stitch Market Blog

Sew day for our Kansas City Modern Quilt Guild went great last Saturday! My friend Patti and I are co-chairs for our Charity Committee for the guild, and organized this sew day for our guild's annual charity quilt. It will be entered in the Quiltcon 2022 Community Outreach Project held in Phoenix next January. Then after the show, raffle tickets will be sold next year and the donations given to a local charity.

After Patti and I gathered to see the topic of the challenge this year (angles other than 90 degrees) and the colors, we formed a plan. Deciding on a hexagon construction, then I came back to my sketchpad and iMac and began brainstorming. We went through a few options before deciding on the right one for this year's challenge. (It will be revealed after the quilt photos are submitted to the national Modern Quilt Guild this fall.)

It was so much having having about a dozen of us gather to sew at KC Maker Studio in Kansas City. Having never designed a pattern for group sewing, I found there were several more topics to be considered. New thoughts to ponder were: a variety of skill levels, piecing methods (paper piecing, improv, etc) and time constraints. Really, the day went smoothly and I found myself finding more things for people to sew other than the initial packets we had prepared. A fun day, for sure!

So now on to piecing the rows together, and then getting it to our quilter. The final quilt will be revealed after the photos are taken and submitted to Quiltcon 2022 in Phoenix! Also the pattern will be available for purchse at that time.

The quilt will be raffled in our local guild after Quiltcon next year and the proceeds given to a local Kansas City charity. 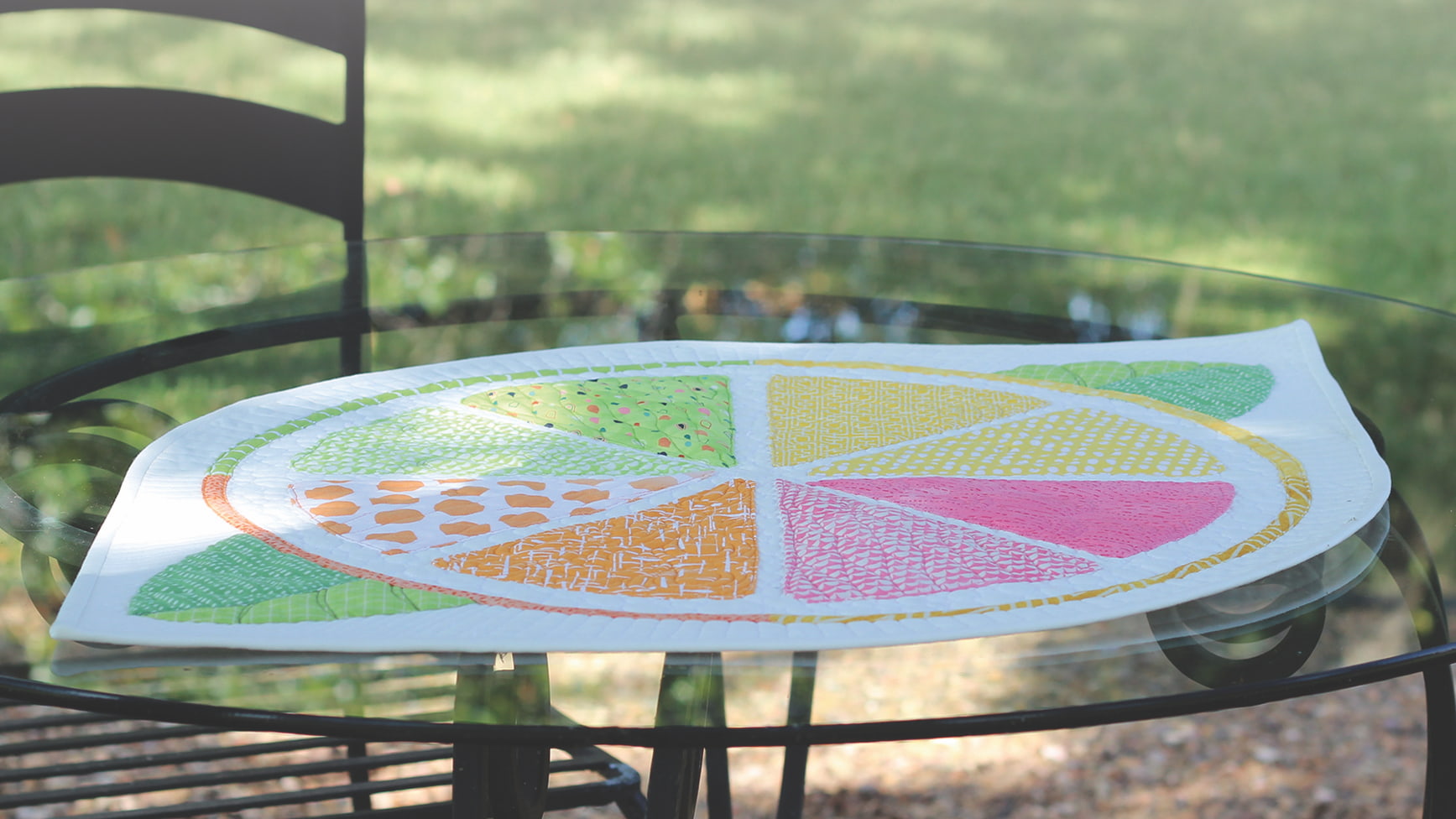 A twin-size quilt with the opportunity to go a little wild — with the scale, colors, and design 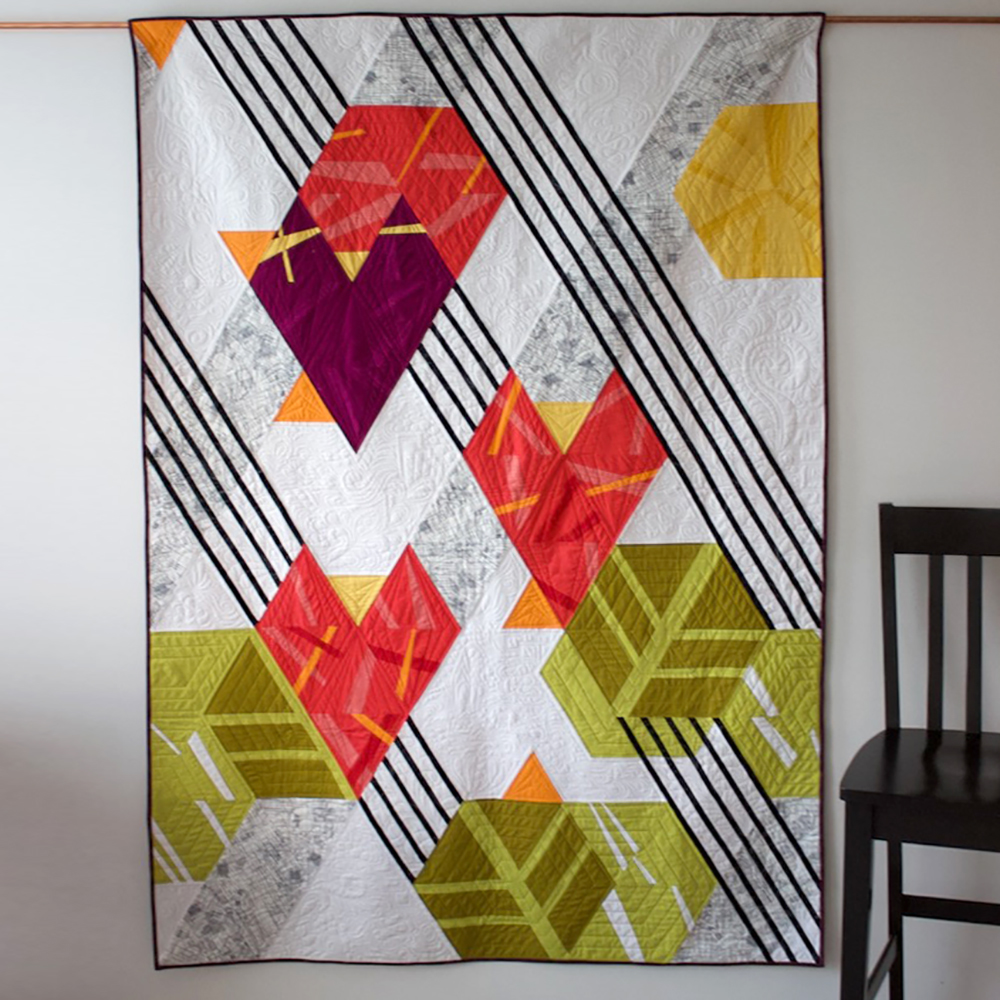 This stand-up tote will give you easy access to your next favorite project! 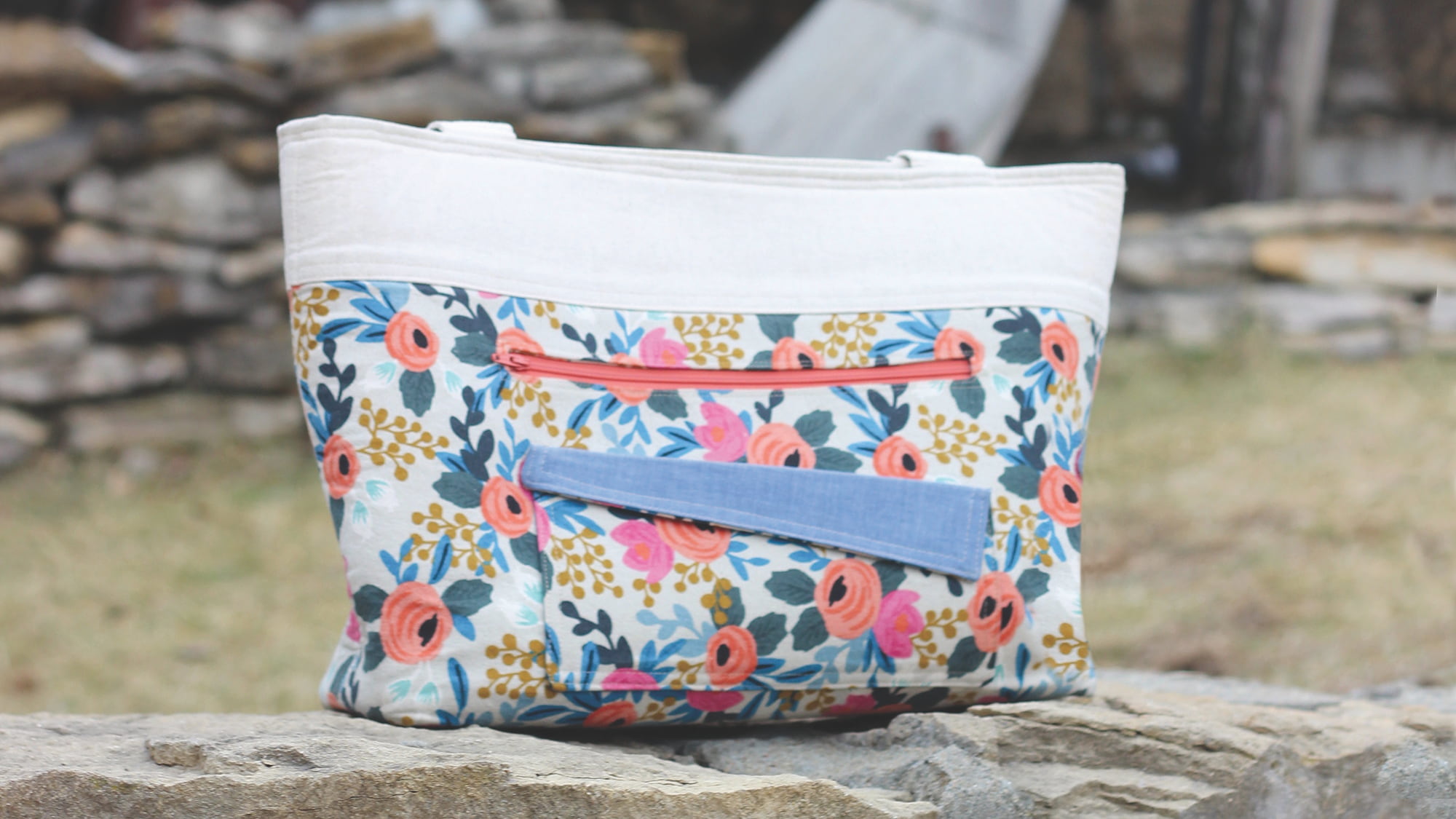